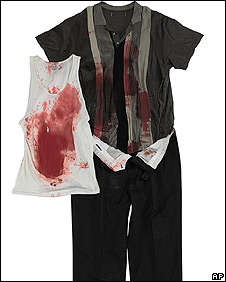 “Twenty-five outfits worn by James Gandolfini’s character, Tony Soprano, in the television series “The Sopranos” have been auctioned in New York.