We’re very pleased and honored that Mr. Gareth Jones from the Warriors fan site has generously featured a story on our screen used Warriors vest. Fellow fans of the 1979 cult film are encouraged to visit and connect with others on their website at: http://www.warriorsmovie.co.uk.

Copy of the article appears below: 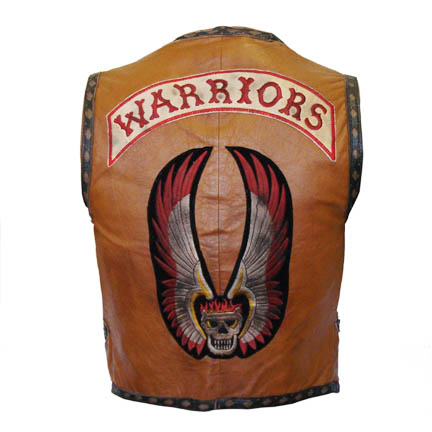 A company called “The Golden Closet” purchased a number of wardrobe items from Paramount Pictures a few years ago and one of the items they found was Rembrandt’s vest from The Warriors. Allen from The Golden Closet takes up the story on how the vest was acquired and restored…

How the vest was acquired: We purchased a group of unidentified wardrobe directly from Paramount Pictures Wardrobe Department several years ago. We were invited to the studio’s wardrobe department located on the Paramount lot and hand selected what we’d hoped would be key pieces of motion picture memorabilia that could be identified as screen used. Among the items we purchased were two East Gate vests that were used in “The Warriors”. One belonged to Cochise (David Harris) and was complete with the original patches. The interior of that vest had the character name “Cochese” (sic) handwritten inside. It was sold at a Profiles in History auction in 2006 for $15,000.

Information on the Rembrandt vest: The Rembrandt vest was purchased at the same time, and although the patches had been removed (most likely so the vest could be re-used in another production), fragments of the original patch set were safety pinned to it, and the stitch holes were still visible from where the original set had been sewn on. The vest had the name “Plato” handwritten inside. While none of the principle Warriors characters in the film are named Plato obviously, I later learned from a member here on the forum (and confirmed through additional research) that Marcelino Sanchez’s character “Rembrandt” was originally to be named “Plato” in early versions of the script. The size of the vest (M) was also appropriate to Rembrandt, who was one of the shorter and smaller members of the Warriors gang. 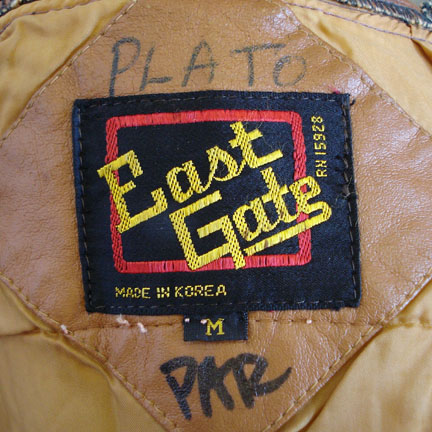 Restoration: While the fact that the patches were missing from the Rembrandt vest was unfortunate, we had several advantages to restoration in our favor. Firstly, we had the Cochise vest with original patches and also fragments of the original Rembrandt set that could be used exactly match thread color, style, and distressed condition, and size. Through our connections in the motion picture industry, we were able to locate the company who had fabricated the original patches used in the film. This company had created the original patches for Bobbie Mannix (the film’s costume designer) and still had her design sketches on file with her signature on them. The patches they fabricated for our Rembrandt vest were created using the original digital tapes that had been utilized to create the originals, and are exactly identical to the screen used sets.

The last step was hand distressing the patches to knock down their color and give them the proper “aged” look as seen in the film. We consulted a professional motion picture costumer and were able to achieve the same look as the original fragments through a gradual and lengthy process of staining and roughing, at which point the vest was fully restored.

We’re grateful to the forum members here that helped assist us with additional authentication details and facts that would have been extremely difficult and time consuming to confirm on our own, and greatly enjoy visiting the forum to share information with other members that appreciate The Warriors as much as we do.

The vest is still currently available for sale via our website www.thegoldencloset.com. For more information, please visit this link: 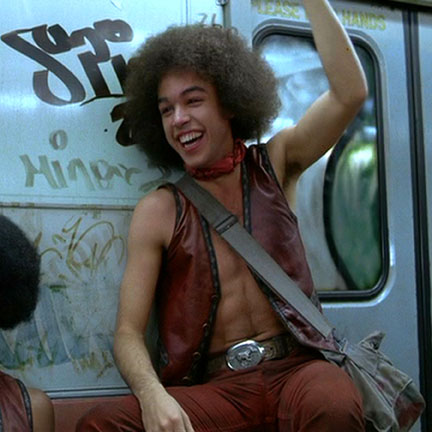 Company Background information: The Golden Closet has dealt in the sales and consignment of motion picture/television wardrobe and props for over twelve years.  Owner Breanna Livie’s family has been involved in the motion picture costuming industry for three generations. Her grandfather Charles James started the first independent costume wardrobe house, Costume Rentals Corporation in the 1970’s along with her father James Livie, who later founded Eastern Costume Company, and both businesses continue to thrive and serve the entertainment industry today. Breanna’s through familiarity of the industry and extensive network of friends and contacts in the entertainment business prompted her to found The Golden Closet in 1996, and has served the global collecting community ever since.